The August 1945 letters ended abruptly when the Japanese surrender was announced, and while I don’t know how long it took for Walt’s group to wrap up and return to the states, it must have required some time, including travel. Maybe on hearing the news, Ruth started packing and planning to return to San Antonio to meet Walt. I don’t know when they finally met up, but we know that they remained in San Antonio until at least the end of 1946, as their first child was born there in November.

During their stay, I have evidence that they tried to enjoy postwar life. There are three photos in souvenir folders, at least one of them taken by Truesdell Night Club Photography. It is the only dated photo, dated April 13, 1946. The tables and chairs in that photo differ from the other two, which are marked as from Club Sevenoaks. 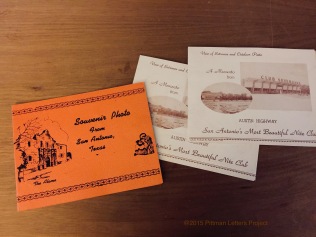 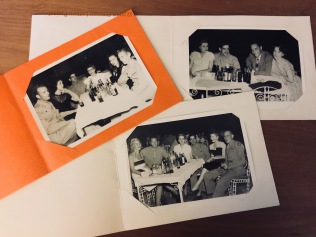 Here’s a closer look at the photos. This is the one from April: 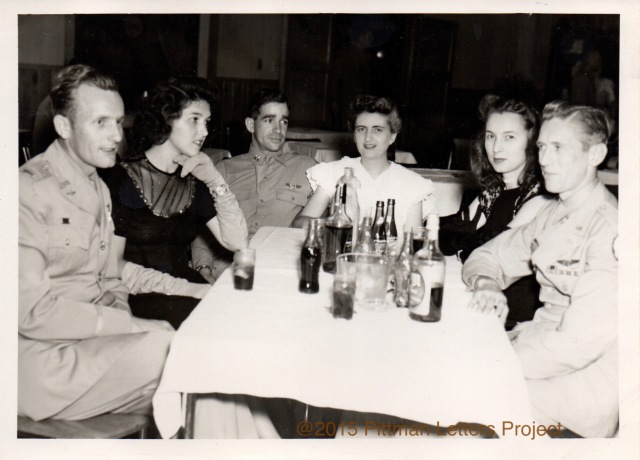 These two are undated, but seem to be from two different outings, as evidenced by Ruth’s hairstyles: 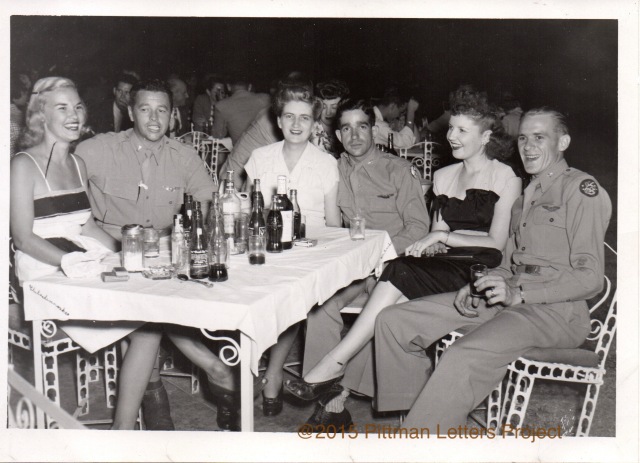 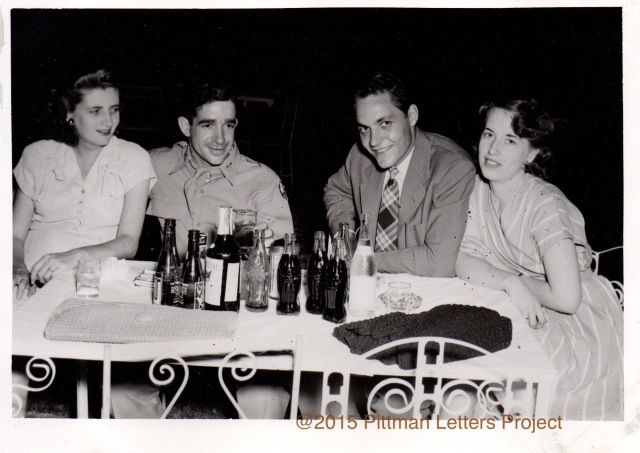 As I’m beginning to transcribe Walt’s letters from 1945, here’s something for readers to keep an eye out for.

Charles Garner talks about a few incidents that he and his friends experienced in his letter to Ruth after Walt’s death, and he’s writing 7-8 years after the fact, so he can be forgiven for any mis-remembering. In a recent post, I quoted him, but stopped short of what he says happened to Walt in January 1945. Here’s the entire passage from p. 4:

Garner makes it sound like Franklin’s death and Walt’s time in a raft happened together, but maybe not. Ruth told me quite a few times that Walt was shot down in WWII and spent five days in a raft before being rescued. The five days seems to jive with Garner’s recollection of “a couple of days on a raft.”

There is a big gap in the letters in January between the 9th and the 24th. In fact, Walt mentions in the letter of the 9th that Franklin has been killed in a runway accident the day before. Then the letters resume on the 24th but with no mention of his having been shot down in the interval. So, Garner’s date of the 5th was a little off, but close.

Then there is this telegram sent to Walt’s parent’s address instead of to Ruth’s address:

It says Walt has been missing in action since January 10th, but the time stamp is dated February 7th. We know Walt resumed writing in late January, so he is not still missing at the time of the telegram, but the initial date may be correct. Would family notification really have been so slow?

So, keep alert for  any small references to such an incident—if indeed he is allowed to mention it in a letter.

Oh, and I guess that would have been the end of the Ruth-Less plane.

This image shows a P-39 named RUTH-LESS 2nd and its original pilot Lt. Col. R. W. Plahn. Is this the plane Walt talks about inheriting from a pilot who has been sent home, or did Walt inherit that pilot’s first plane? Walt doesn’t say anything about it being the 2nd, but maybe he will. You can see the photo and a description here: Ruth-Less 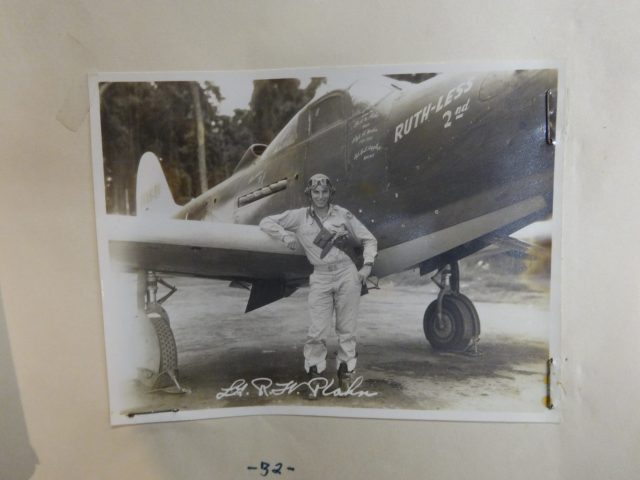 He does specifically say he gets his own Mustang, not a 39, so it’s a little confusing.

Photos with dates written on the back are few in the stash I have, but here are a few from that mystery year 1943. Remember that Walt’s little spiral notebook/diary ended in March 1943 with both Walt and Ruth arriving in Oklahoma City at Cimarron Field. These photos are dated 25 April, so they were probably still there when these were taken.

First, there are these three of Ruth walking toward the camera. Something is obscuring the upper left corner—Walt’s finger or the bill of his cap, maybe. 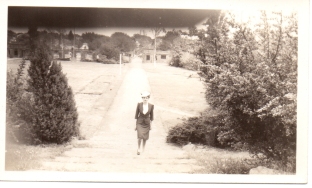 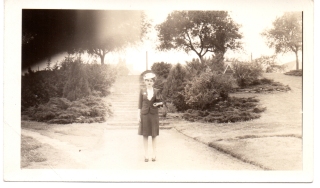 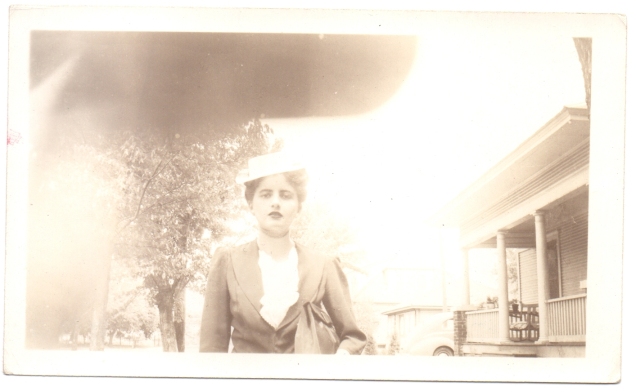 Then there are a couple of Walt. 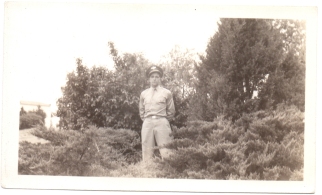 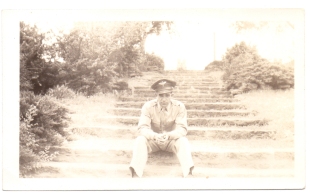 Then they get someone to take a few of the both of them, trying to decide who should stand on the left and who the right. 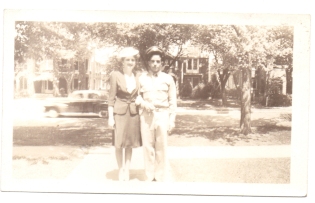 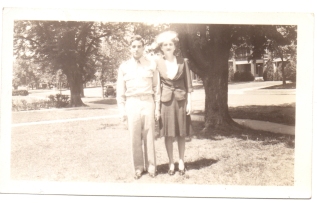 Found these photos of Walt and his friends in one pic and their partners in the other, dated 13 June 1943. This would have been prior to the timeline set out by Walt’s friend Garner in the previous post that begins in September 1943. So, I don’t know where they are. 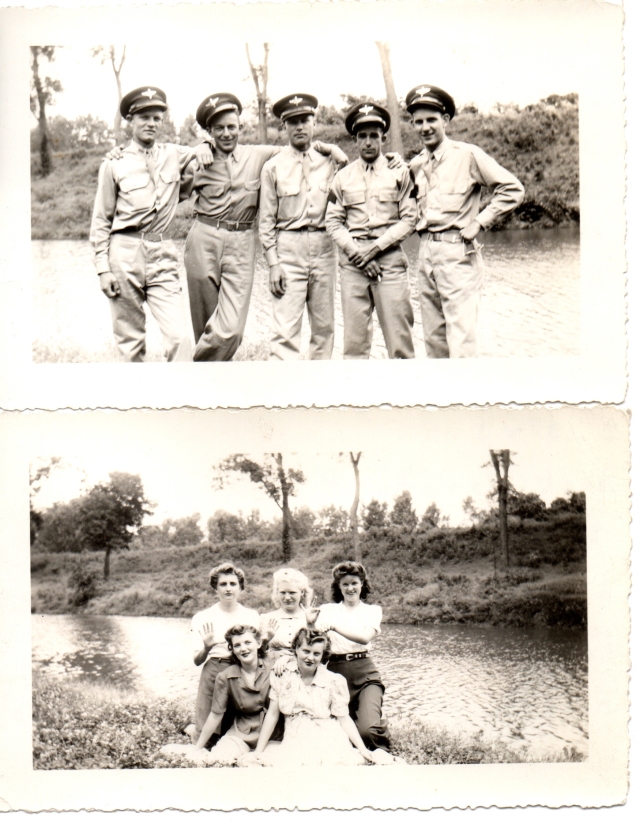