Walt included a page from a magazine showing trucks and jeeps like he has been working on. The page was too large to scan in one piece; that’s why I broke it up into two. I also scanned the other side of the page, even though he didn’t refer to anything on it. There are interesting news items on that back side, though.

A transcript follows the letter images. 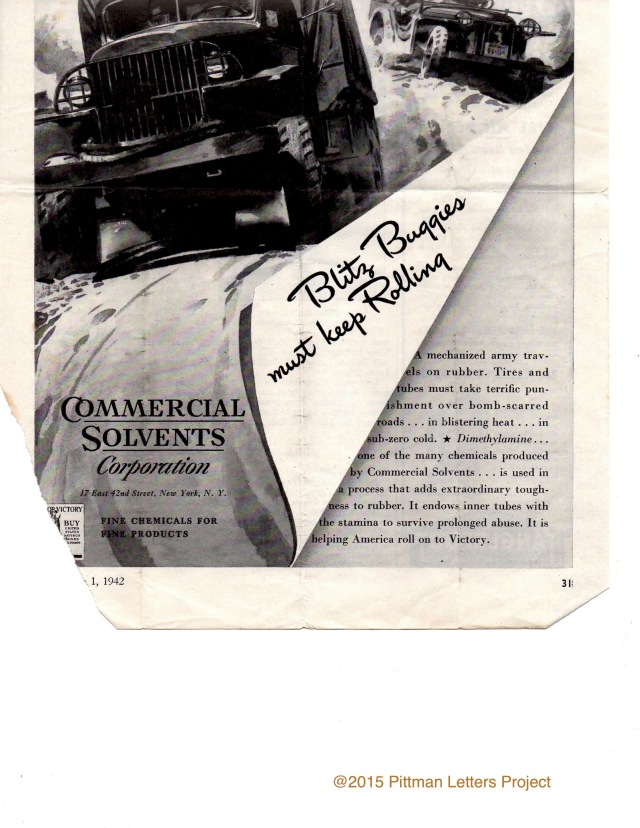 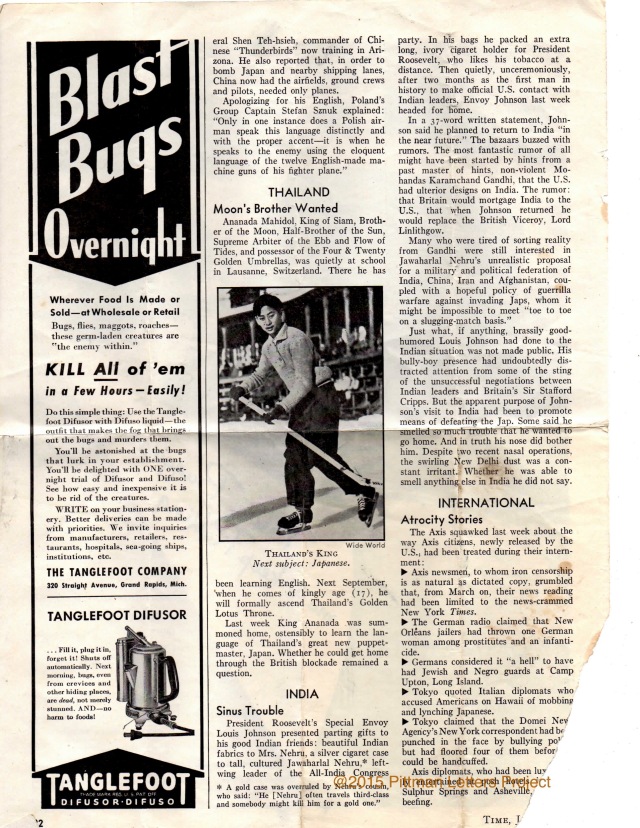 Heah I is. Is you there? You is—Good.

It is cool today and a little wet—feels good to be cool, yet the dampness is a little () (nuts) uncomfortable. I suppose in a couple of more days I’ll be praying for snow.—That is the way it goes—Never satisfied,—except with you—then I am more then satisfied.

We drove this morning and checked the trucks this afternoon. I’m sending you a picture that has two trucks like () I’m driving () and a jeep.

They sure are powerful buggies—and fun to drive. The one I’m driving only had 852 mi. on it. So you see it isn’t quite “broke in” yet. I don’t know how long I’ll be driving it—probably not long—One never knows.

Did I tell you—One fellow was sent to the “guard house” for 6 mos. for sleeping on guard—He () is an Indian and slept in our barracks.—He seemed like a nice fellow—But he drank a little too much—Tough unh? Yep.

is the night you are over home. I’ll probably get two tomorrow.

I shined one pair of shoes tonight, shaved,—talked a little and in a few minutes the lights will go out—time flies when I have something to do.

I owe Mom, Aunt Ruth, Bert Hawkins, Rats Reagle—letters—also “Sis” Ruth.—I’ve got some writing to do this week if I can get around to it.

They are playing World I war songs—Makes one think. But—I doubt if I will ever see anything

I’ll bet we are here next year at this time—Seems funny don’t it—A war is on and I am in the Army—In the last war if the soldier was trained for 6 mos. he was ready for war.—I doubt if we are ready in a year and six mos.—Do I sound disappointed.—Well—I suppose any romanical—(I don’t mean sentimental) guy would like to see a little action—I would rather be with you of course—but if I’m not going into action I might () as well be home now.

time for the lights to go out so