On the front cover, Walt prints his last name. On the back cover you can still see faintly the words “wonderfull” across the top and “initiation” on the side, both in cursive. 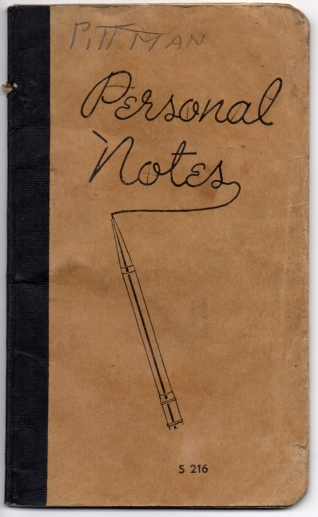 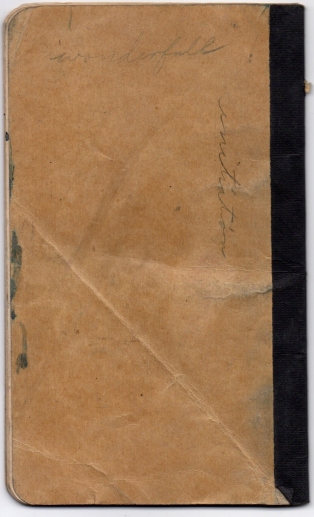 25 November 1944-11 December 1944. On this first page of the log, line 6, Walt flies a P-51 Mustang for the first time and notes it as WONDERFULL. At lines 11, 12, and 13, Walt records search missions for someone named Richard or Richards. Walt refers to the incident in two letters in which his friend Charles Garner and another man bail out of their aircraft. Garner is rescued, but the other one becomes a “guest of Davy Jones.” See the letters of 5 December 1944 and 10 December 1944. 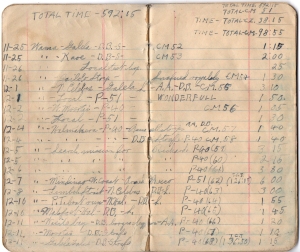 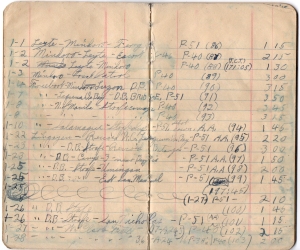 15 August-18 September 1945. This is the last of Walt’s flight records in the Pacific. Japan surrendered August 15, the first date on this page, and officially signed the surrender in September. Walt’s last few flights are for taking photos, and then the log abruptly ends.

At the center of booklet, at the center seam, are a few beginning entries with the same dates as the first page, so it may be that Walt began there for some reason, but thought better of it and switched to the beginning. All the pages after are blank, except for the very last page. 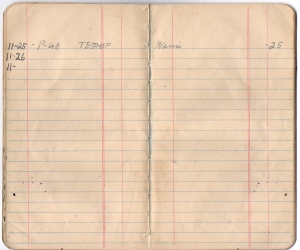 Walt used both sides of the last page for calculations of flight hours. You might be able to see that there has been a page torn out right before this last page. 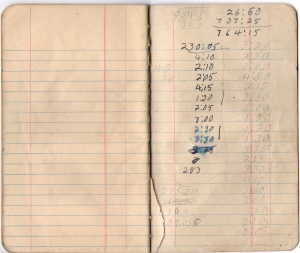 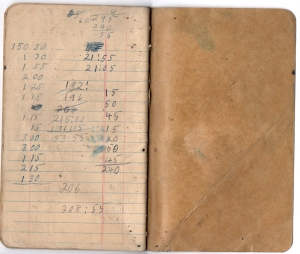